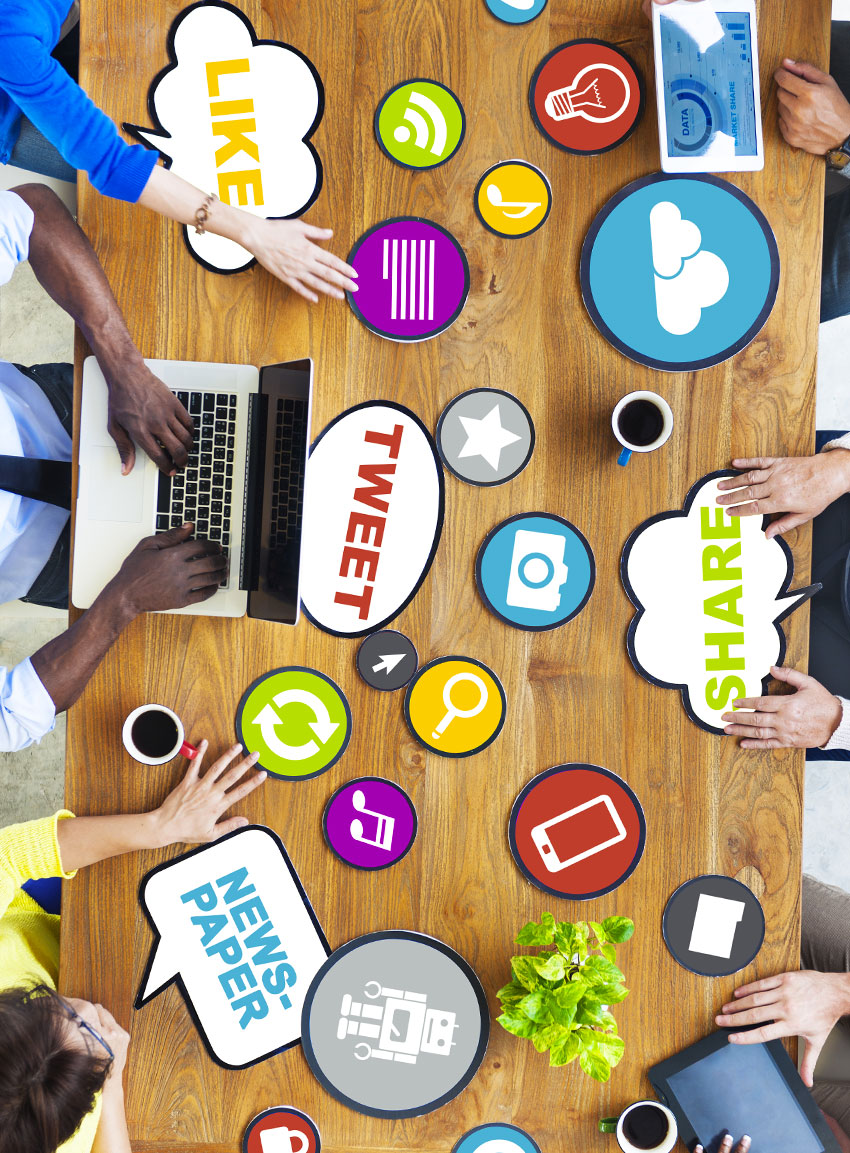 Founded by Mr. Amar Nath Shroff, Alcove Realty has spent 40 illustrious years in creating indelible benchmarks in the real estate industry and redefined the city's skyline. Learn about Alcove Realty's inspiring growth story from the Man himself, in conversation with Forbes magazine.

Mr. Amar Nath Shroff, Chairman, Alcove Realty has always been a visionary of the real estate industry and has changed the landscape of the city. His zest and vigour have led the company to ever greater heights and he continues to inspire everybody around him with his talent and sheer magnanimity. His belief in integrity, discipline and hard work has led those who have crossed paths with him on a journey of excellence and innovation, and he continues even to this day to raise the bar and set an example for those much younger to him. He has always and shall always remain an icon and an industry doyen whose soaring personality will touch and take his company to newer and higher milestones.

The 13th Realty+ Conclave & Excellence Awards 2021 East, held on April 23 was a day full of insightful conversations among leading industry icons on topical issues pertaining to real estate and changing sales strategies in the current times.

We are POWER OF GENERATION Y - Shaping Kolkata’s Future Realty

Standing At 268 Metres, This Kolkata High-Rise Is Now The Tallest Building In India

With construction completed on its 65th floor at 42 Chowringhee earlier this month, this Kolkata high-rise building known as 'The 42' became the tallest building in India, surpassing The Imperial in south Mumbai's Tardeo.Read More

Touching The Sky at 268m, is 'The 42' in Kolkata The Tallest Building in India?

Real estate in India is booming, with skylines across the cities undergoing a rapid change. In fact, one may very well judge how urbanized a particular city is, based on the number of skyscrapers gracing the skyline, or city-scape, as the millennials call it.Read More

When the roof of the 65th floor was cast at 42 Chowringhee (JN Road) earlier this month, it became the tallest building in India, pipping The Imperial in south Mumbai’s Tardeo. Overlooking the Maidan and the Hooghly river beyond, The 42 has reshaped Kolkata’s skyline, dwarfing buildings like Tata Centre, Chatterjee International and Everest House that had dominated the skyline for over five decades.Read More

The Most Desired Residential Landmark of Our Age and Our City - 24th February, 2018

Kolkata, February 12, 2018: ALCOVE REALTY, East India’s most coveted real-estate developers, inaugurated landmark township, ‘NEW KOLKATA’ along the Ganges in the presence of ALCOVE REALTY’s Chairman, Mr. Amar Nath Shroff and Directors, Mr. Ajay Kumar Shroff and Mr. Yashaswi Shroff and the Chief Architect of ‘NEW KOLKATA’, Mr. Hafeez Contractor. Being eligible for CLSS benefits under the ‘Pradhan Mantri Awas Yojna’ scheme, ‘NEW KOLKATA’ is hailed to be a milestone in the affordable housing segment. Spread across more than 28 acres of land, ‘NEW KOLKATA’ is sub-divided into three parts. While Part 2 (called Sangam) and Part 3 (Prayag) constitutes Residential towers, Part 1 (Triveni) is dedicated to the Commercial amenities. Prayag was the first to be launched today, the construction for which has already began and expected to be completed by 2022-23, constituting 6 towers and housing 1,137 flats*. Read More

A special half-an-hour documentary feature on Alcove Realty will be aired on the leading business news channel CNBC Awaaz, on the 24th & 25th of January '15 at 5:30 P.M. (both days).

Alcove Realty was the Principal Sponsor of Home Front '13 organized by CREDAI BENGAL at Netaji Indoor Stadium, Kolkata on 9th – 11th Aug '13. The Group also won the Award for the Best Stall Design of the event.

Alcove Realty was the Presenting Sponsor of Times of India Pujo Barir Shera Pujo '13. It was also the presenter of the ALCOVE SHERA PUJO SAMMAN '13 award.

KOLKATA: The city's maiden skyscraper is finally underway. Located on the venerable Chowringhee, the highrise boulevard that shaped Kolkata's distinct skyline, the super-structure will be more than twice as tall as South City towers.

Christened 'The 42', the 245-metre-tall building on 42B Chowringhee that once belonged to the Maharaja of Darbhanga is a super-luxury residential project. According to Mani Group CEO Sanjay Jhunjhunwala, who is leading a consortium of four groups to develop the landmark, "The 42, like Dubai's Burj Khalifa, will be the conversation-maker for Kolkata". Alcove and Diamond groups, Kolkata, and Sattva group, Bangalore, make the quartet.

Though the skyscraper's height will be equivalent to an 80-storied building, The 42 will be 62 stories tall, housing 58 bungalow apartments stacked one over the other. The first four stories will make up the lobby and three service floors. There will be a six-level car park for 350 cars and each apartment will get six parking slots.

Hafeez Contractor, the architect, feels The 42 will be an iconic structure. "In Kolkata, one is unlikely to get an address more premium than 42B Chowringhee, overlooking the Hooghly, the Maidan, Victoria Memorial, St Paul's Cathedral and Birla Planetarium. It is a picture perfect view, the best one can get in the city," said Jhunjhunwala.

Each floor will house one lavish apartment. Since the Mani Group is also constructing the upscale hotel JW Marriott on EM Bypass, it will also offer the option of fully-furnished bungalows in the sky. While the building will be a neck-wringer for pedestrians measuring it up from street level, it is a huge engineering and technology challenge given the soft alluvial soil and the scale of construction within a confined space between the Tata Centre and Jeevan Sudha buildings. "We have roped in the best national and international consultants to guide us," the Mani Group head said.

Foundation piling began two-and-a-half months ago as per specifications provided by structural and civil engineers at Jadavpur University and IIT-Mumbai. Callison Architects of the US is providing the foundation design. ITD Cementation that is doing the 55-metre piling work will do the foundation as well.

The tower contract is likely to be a toss-up between L&T and Shapoorji Pallonji. Hitech construction technology like system formwork from Peri Germany that enables hydraulic-operated construction platform shutters to move up automatically.

The exterior of the building will be all concrete with no brickwork. The construction cost is pegged at Rs 300 crore and apartments could sell for Rs 18,000-20,000/sq ft.

The genesis of the 3.5-acre project goes back to 1993 when Amarnath Shroff, a former partner of Diamond group and current chief of Alcove, purchased around five bighas that belonged to the Maharaja of Darbhanga from the high court. The Diamond Group later bought two other contiguous plots. Amalgamation and civic sanctions proved tough. The Mani group and Sattva group entered the picture three years ago to give shape to the project that had seen several twists and turns. Shroff split with partner Shiv Kajaria to form Alcove. Initially, Grand Hyatt hotel was proposed at the site, followed by an office tower with a roof-top helipad before finally deciding on the high-end.

"Since space relaxation that was granted to the project by the previous board was withdrawn, we decided to comply with every norm in the statute and redesigned the project. Now that construction has begun, we expect the foundation to be completed by February when the project will be launched. The first resident is expected to move in prior to 2015 Diwali," Jhunjhunwala added.

The contents of this website are compiled and intended to provide information to the best of our knowledge and while enough care is taken by Alcove Group to ensure that information on our website is up to date, accurate and correct, the users are advised to verify designs, plans, specifications, facilities, features, payment terms, etc. independently with Alcove Group and its sales team.

The information on this website shall be amended as per the stipulations/recommendations under the West Bengal Housing Industry Regulatory Act, 2017 (WBHIRA) and Rules made thereunder. As on date, the said information may not be fully in line with the same.